What Is Heat Sink? 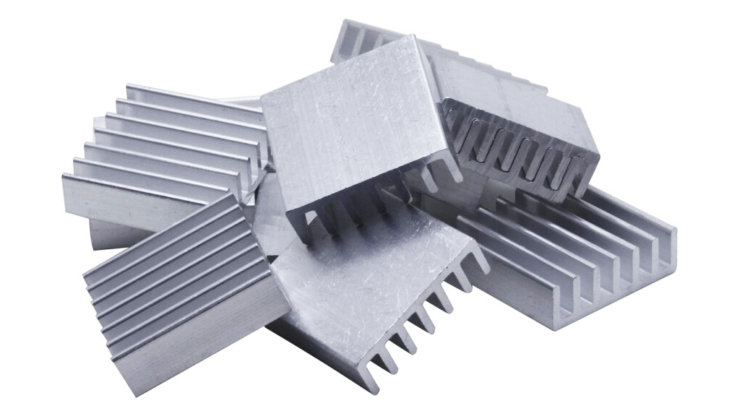 Though most people don’t think about a heat sink when they hear the term computer, they should. Modern computers could not operate at their current speeds without a heat sink. Heat sinks cool down your computer’s CPU when it runs numerous applications at once, similar to how you cool down after a high-impact exercise with a cold bottle of Gatorade.

Without a decent heat sink, your computer’s CPU is vulnerable to overheating, which might ruin your whole system and cost you hundreds, if not thousands.

But, what exactly is a heat sink?

A heat sink is a metal device that sits on top of a computer chip, such as a CPU, and pulls heat away from the components, allowing it to rise via a series of fins.

Heat sinks are passive, which means they have no moving components. However, in most situations, the heat sink is paired with a fan that exhausts the heated air, or a liquid cooling solution, that transports the heat halfway down the pipes.

What Is a Heat Sink Made of?

Heat sinks are commonly constructed of copper or aluminum alloys, with the material selected based on the application, manufacturing technique, heat intensity, and budget.

Heat sinks have great thermal conductivity (twice that of aluminum), corrosion, antimicrobial resistance, and other desired qualities. This makes copper heat sinks a premium option; however, copper has been more costly than aluminum alloys and more complex to manufacture.

How Does a Heat Sink Work?

Heat sinks absorb heat from the GPU or CPU to which they are connected. When you open your computer’s casing and study the GPU or CPU, you should observe a rectangular-shaped or square-shaped metal component covering it. This is the heat sink, which is responsible for drawing heat away from the CPU or GPU.

The majority of heat sinks are made up of radiator-style fins. As the CPU or GPU heats up, heat is transferred to these fins and expelled through a fan. A fan is linked to the heat sink to circulate air. The fan operates reversely, drawing hot air away from the CPU or GPU. Another fan on the motherboard typically pushes the heated air out of the computer case even farther.

What Is the Use of a Heat Sink?

A heat sink’s primary purpose is to control temperature and avoid overheating. This has many benefits, including the following:

Is a Heat Sink Necessary?

In most circumstances, heat sinks are necessary for a healthy, working computer. Without a heat sink, the temperature of a CPU or GPU might reach dangerous levels.

Some believe that heat sinks are only required if you want to overclock your CPU or GPU. Overclocking does increase the amount of heat produced by a CPU or GPU. Whether overclocked or not, CPUs and GPUs may generate enough heat to cause internal damage during regular operation. A heatsink overcomes this issue by wicking heat away from the CPU or GPU, allowing it to escape safely from the computer casing.

A computer’s functioning is compromised by an overheating CPU, hindering performance when and where it counts the most. Hence, heat sinks are crucial in removing the heat from a CPU, preventing overheating, and protecting the physical surfaces of key components and parts.

This is why a high-quality heat sink is essential, whether hybrid, passive, or active, as it preserves the critical component of a computer’s infrastructure, assuring optimal efficiency at all times.